How is the General Election is affected by Primaries?

Ever since the last election, everyone has, needless to say, been a little pent up about the role that 2020 will play in the future of the nation. You see Facebook posts, hear podcasts, and on the news about primaries, caucuses and the great state of Iowa. Not to mention the democratic debates which have been quite full.

Each party in the election cycle gets to nominate one candidate through the process of the primaries and caucuses. In a basic sense, these voting distinctions are a way to narrow the field down from 20 candidates to just one so the voters can clearly find a consensus on who to vote for and support. They do this by having an election to vote for a number of delegates that each candidate could have in the General Election. After each state votes, the delegates vote at the Democratic National Convention for the presidential nomination in July.

Since Donald Trump is the incumbent of the Republican Party, there has not really been a lot of opposition to his primary battle. Democrats are now scrambling to get a candidate that they think represents them as a party and has a chance at defeating the current incumbent. You’ve seen: former Vice President Joe Biden, Senator Bernie Sanders, Senator Elizabeth Warren, Small-town Indiana mayor Pete Buttigieg in one way or other. All are the top four candidates in recent poll numbers all fighting for some airtime or political support. 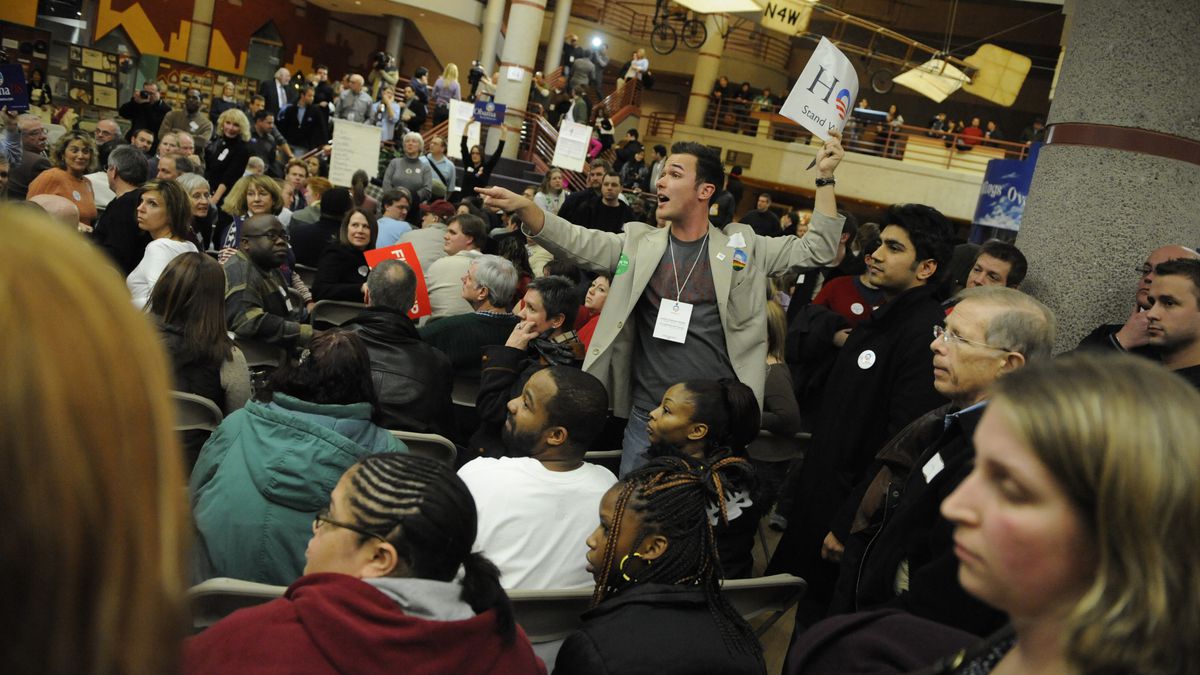 This fight could most clearly be seen in the Democratic Debates. What they do is debate certain policies so the candidates can show their supporters and party what their core campaign points are. Candidates also use the stage to gain publicity by attacking another candidate or cite a blockbuster promise. The best example of this is the December debate, where every other candidate attacked Pete Buttigieg in some form because he was polling well in the first primary states: Iowa and New Hampshire. These states are important because most of the time they predict the outcome of the primary election overall.

The Missouri Primary is March 10th, and if you are 18 by then you have the ability to vote in the primary. Missouri is sadly not one of the 16 states that let 17 year-olds (if you are 18 by general election day) vote in the primary election. But if you can, the Missouri primary is an open one. This means that if you are a democrat or republican, you can vote for any particular candidate you want. So be sure to get registered, and make your vote count.